It starts with
an idea...

1970s
On 1 April 1970, Mütec Mess- und Regeltechnik GmbH was founded by Henrik Müller Dipl. Ing. Initially, the emphasis was on the sales of transmitters from Eurocontrol and BTG, as well as other components for measurement and control technology. 1973 then marked the start of production of the company’s own measurement and control systems (control cabinets) and, a little later, the production of individual electronic devices such as transmitters, limit switches, signal converters, etc. in 19” technology.

1980s
In the early 80s, an online moisture analyzer for solids was developed. HUMY100 was one of the first moisture analyzers for bulk materials in Germany and was initially used in the food and chemical industries in particular. The European export of the first devices to Denmark, Holland and Spain marked the start of Mütec’s internationalization. In addition to this, the portfolio was expanded and perfected in the 19” signal converter sector in the 1980s. This included such devices as signal multipliers, integrators, relay cards, pneumatic converters, etc., as well as the very first processor-controlled devices. 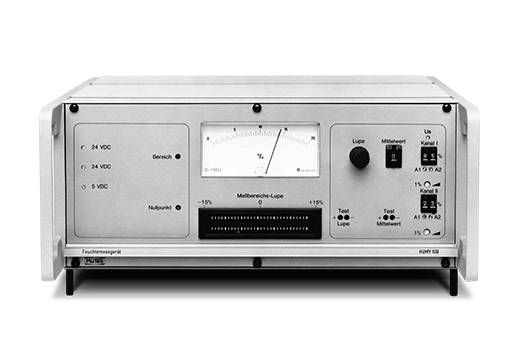 1990s
In the signal converter segment, DIN rail device series established themselves increasingly alongside 19” devices in the 90s. In addition, processor-controlled transmitters with RS232 and RS485 interfaces, which could also be interconnected with signal converter networks, were being developed increasingly. The construction of the international distribution network was now being promoted on a global scale, focussing on Japan, South Africa, Brazil and the USA, amongst others. In the late 90s, Mütec developed the DuoTec-FAILSAFE interface device series (universal transmitters and power supply devices), which was certified by TÜV under DIN 19250 AK4 (later IEC61508 SIL2). These became the world’s first self-monitoring failsafe-interfaces to be used in safety-related applications (functional safety) and have become standard in almost all well-known chemical works and refineries in Central Europe to this day. 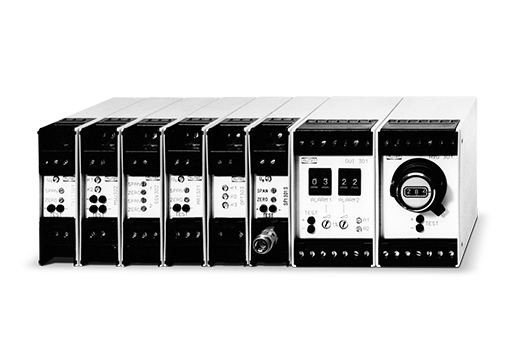 2000s
In October 2000, Mütec Instruments GmbH moved to its own new production facilities in Seevetal-Ramelsloh near Hamburg. At the same time, the website was updated and the company was certified under ISO 9001:2000, in addition to many devices later being certified under ATEX and IEC61508 SIL2. Throughout this decade, the development of new devices and systems in the business area of measurement systems for bulk materials was accelerated in particular. In addition to moisture measurement, microwave sensors and systems were now developed and manufactured for flow measurement and monitoring and dust monitoring. In 2008, a high-speed thermal element transmitter for SIL2 applications was developed, which became standard in plastics manufacturing worldwide. 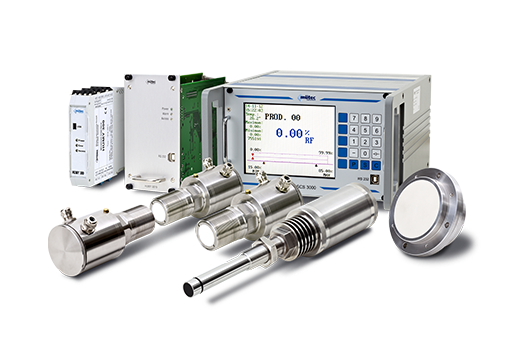 2010s
The SIL2 device series was expanded to include additional, particularly customer-specific or OEM models. Examples include the SIL2 differential voltage transmitters, SIL2 transmitters for very high insulation voltages, SIL2 transmitters for oxygen, etc. The measurement systems sector for bulk materials was also expanded. Particular attention should be drawn to a new microwave barrier for fill-level monitoring, dust-monitoring sensors and an expanded programme in the field of moisture measurement. In addition to the development of the product portfolio, the service segment is becoming ever more important. The focus here is on individual hardware and software developments (also taking into account certifications such as ATEX, SIL, etc. and the highest quality requirements), engineering services (control-cabinet construction for special models/products built to customer specifications), as well as start-up and test measurements of measurement systems and sensors. 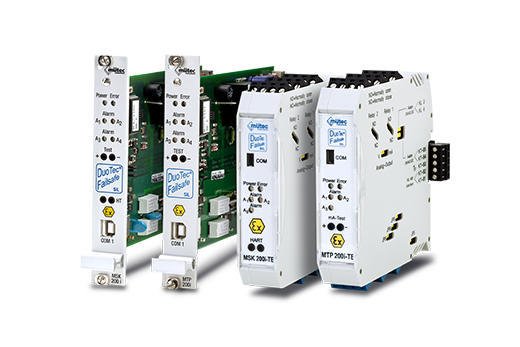 Prospect
In October 2016 Mütec merged with company FineTek GmbH. Taiwanese holding FineTek Co. Ltd. was founded in 1979. Since then it evolved to a listed global market leader in liquid level business with more than 500 employees. By merging with Mütec Instruments GmbH a broad portfolio can be provided for bulk materials measurements and interfaces. Furthermore, manifold synergies are used in development, production and international sales. Subsidiaries in USA, China, Singapore and Southeast Asia as well as a large network of partners and distributors grant close contact to our customers worldwide. More than 50 R&D engineers and far more than 100 patents push our company’s innovative capacity. Solutions for the future like Industry 4.0, Ethernet or I/O-link as well as further innovations are highly prioritized and already included in our actual R&D projects. With this background, Mütec is optimally positioned for all future challenges and we remain a reliable partner for your future business. 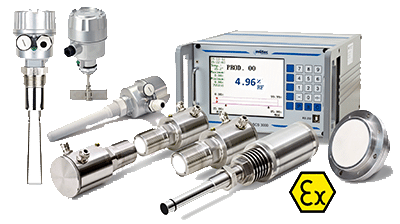